As Igbogbo Continues to Soar during the Reign of Oba (Barr.) AbdulSemiu Orimadegun Kasali 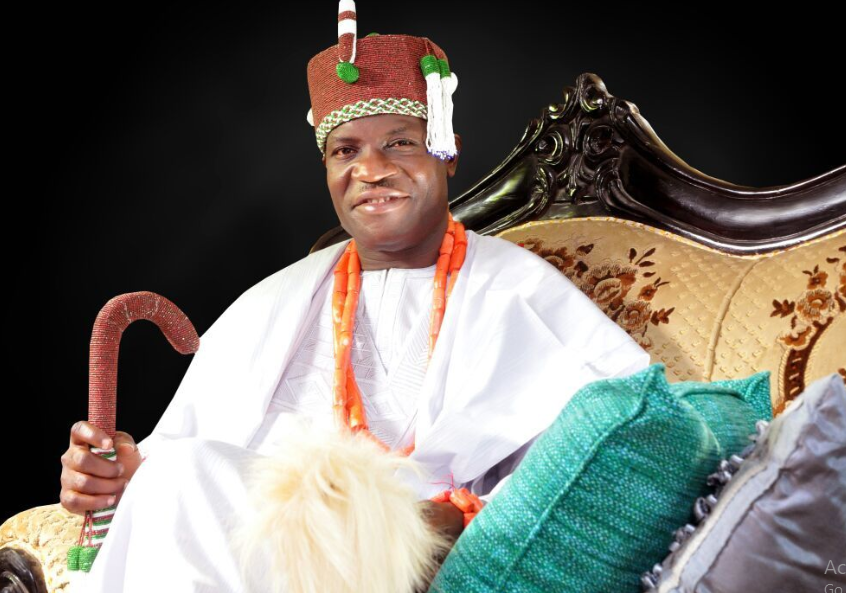 The dream of every community is to experience growth and development while attracting to her domain corporate bodies, industries, and government agencies amongst others. This is the current state of the ancient kingdom of Igbogbo in Igbogbo-Bayeiku LCDA. A Kingdom that had been in existence for more than 500 years. The proximity of the kingdom to the Ikeja division aided her growth and development.

Since the ascension to the throne of his forefathers in 2016, Oba (Barr.) Semiudeen Orimadegun Kasali, Emugoriade I, the Adeboruwa of Igbogbo Kingdom. The land has experienced lots of developments from the private and public sectors.

As mentioned by the Governor of Lagos State, Mr. Babajide Olusola Sanwo-Olu, the development of the Ikorodu division is important in the agenda of his administration and this promise is gradually being fulfilled.

Recently, the Lagos State Sports Commission Chairman, Mr. Sola Ayepekun, went on a facility tour of the Igbogbo Mini Stadium located along Bola Ahmed Tinubu road and unveiled the plan to re-develop the stadium to a standard FIFA football pitch so that many young persons can be engaged through sports. The sports complex will help to harness the capacity of the youths.

In the area of sports development as well, the Igbogbo Beach Soccer team is doing well currently in the Nigeria Beach Soccer League (NBSL). And the indigenes and residents of the kingdom have been of tremendous support to the team. As a matter of fact, the kingdom is proud of her son, Ogunmuyiwa Jelili, who made history as the referee of the FIFA Beach Soccer World Cup.

The wife of the Governor of the State, Dr Mrs Joke Sanwo-Olu recently inaugurated an ultra-modern Adeboruwa market of 200 shops at Igbogbo which is being built through PPP by the Igbogbo Baiyeku LCDA. This will be a great boost for the economic and commercial activities of the community and the state at large. While giving the people of Igbogbo the opportunity to trade easily.

One quote reads, “Library doors are a gateway to anywhere”. The students with the kingdom will soon have the gateway to the world as the Governor of the state has graciously approved the upgrade of the Igbogbo Library. This is a worthy feat as the all-around development of her youngsters is very important to the king.

Equally, during the reign of Oba Kasali, the Igbogbo Bayeku Local Council Development Area has brought tremendous development to the community through the construction of a secretariat and this project has also attracted a Magistrate court which is located within the premises of the secretariat. The Lagos State Ministry of Justice has also established a Citizen Mediation Centre.

In another vein, the State Government sited a residential estate within the community and the 2nd phase of the estate has been commissioned. The estate which sits on 6.24 hectares of land is completed and delivered by Gov. Sanwo-Olu and it will reduce the housing deficit in Lagos. The estate has 360 homes and is one of the Rent-to-Own initiatives ran by the state government.

In the same vein, the Bola Ahmed Tinubu Road is currently under construction will link the Ginti-Ijede axis of the division. It is important to note that the State Government periodically has continued to pay compensation to the affected families and personalities who gave up their ancestral land to aid the development of the kingdom. We implore the Governor to keep up the good works to delight those who are awaiting their compensation.

Likewise, the coastal location of the kingdom has become an advantage to her growth. This has led to the construction of a new ferry jetty at Bayeiku to facilitate movement along the coastal lines. However, the state government needs to help look into the perennial flooding that is being experienced in the kingdom.

The healthcare sector in the kingdom needs to be looked in. The Igbogbo Primary Healthcare Centre can be upgraded into a mini-general hospital and this will help to reduce the pressure and decongest the Ikorodu General Hospital. Also, IBILE Holdings has constructed a mega gas station on the Igbogbo-Ipakodo road.

Similarly, the presence of the Federal Government of Nigeria is also visible in the community. Some of the paramilitary organizations such as the Passport Office of the Nigerian Immigration Service and the establishment of MOPOL 63 Squadron Base in the community have helped to ensure that the kingdom is safe and can also boast of services available in other locations of the state.

However, the kingdom seems to be a construction site due to the efforts of the state government but there is a need to fast-track some of these projects. Indigenes and residents are having a hard time driving into the community from the Ebute/Oba Sekumade road because of the ongoing reconstruction of the road. Also, the Bola Ahmed Tinubu Road up to Ginti-Ijede Road is unmotorable because of the wet season coupled with the topography of the road. There is also a need to re-construct the road that connects the Lagos-HOMS estate.

It is obvious that if all these projects are completed in record time, the economy of Igbogbo kingdom would become more viable and discourage urban migration.

This is to congratulate the Royal father, Oba (Barr.) Semiudeen Orimadegun Kasali, Emugoriade I, the Adeboruwa of Igbogbo Kingdom on the 5th Anniversary of ascending to the throne of his forebearers and we pray that his reign would continue to be peaceful and bring forth more developmental growth to the Kingdom.

It is also appropriate to thank every member of the Ijaolu family, the council of Obas, all traditional and honourary Chiefs, Baales of communities, Iyaloja/ Babaloja, the religious bodies, as well as the Chairman and great staff of Igbogbo Bayeku Local Government for their unflinching support to the King.