The Bank’s performance scorecardfor the first three months of the business year as made available to journalists on the floor of the Exchange, reflects strong growth in asset base, customer base, quality service delivery, product development and deployment of cutting-edge technology to drive its operations.

Analysis of the result show that Interest and similar income grew by 27 per cent to N44.5 billion year on year,while the asset base leapfrogged to N2.07 trillion from N2.049 per cent, representing 1.2 per cent with personal operating cost shrinking by 3 per cent, reflecting management’s prudent resource use.

According to the Chief Executive Officer, Uzoma Dozie, despite the inclement operating environment that clouded the period under review, the gains of the last business year especially in customer acquisition, product development and the deepening of the Bank’s retail strategy, helped in drilling a seamless business foothold and expansion in all market segments.

He said: “building upon positive momentum in 2016, Diamond Bank commenced 2017 focused on harnessing further benefits from its technology-led retail strategy. In particular, the Bank continued to focus on cost containment, driving operational efficiencies, and the roll-out of technology and innovation to improve customer experiences and access to financial services. The Bank’s strategy to expand reach and service through digital channels has helped customers connect to new markets…”

A look at the unaudited financial statement for business activities ended Friday, March 31, 2017 show that Profit Before Tax (PAT) mildly declined to N5.6 billion from N6.6 billion in the previous year while the Bank grew its interest income year on year to N44.5 billion, representing an increase of 27 per cent.As a reinforcement of the management’s determination to let go of sundry asset liabilities and consolidate on its business growth trajectory, the Bank prudently set aside NI0.5 billion as impairment charge for the period, represent an increase of 20% year on year. This, according to the Bank, will help stimulate and sustain the strong will to continue to grow, strengthen and maintain its leadership and dominance of the retail market space and firm grip of the micro, small and medium-scale enterprises (MSME) segment.

According to Uzoma, Diamond Bank is solidly committed to growing its corporate and mid-tier market segment in the business year and the years ahead, pointing that the Bank has outlined detailed strategies that are helping to leverage the current business momentum in the economy.

“Since the beginning of 2017, there have been positive developments in the wider economy which we believe will translate to greater productivity in the months ahead. For example, the inflation rate is beginning to recede and there appears to be more foreign exchange available to stimulate trade, though the quantum of unmet demand is still high. Against this economic background, our streams of income remain resilient”.

He stated that Diamond Bank’s focus on digital and mobile banking is gaining further traction, with the year on year increases in mobile revenue and app usage showing tangible results. “It is clear that customers value the ease and convenience of our services across multiple platforms and that this is leading to greater volumes of activity and enhanced relationships. I am confident that by maintaining our focus on the technology-led retail strategy, we will continue to build upon this positive momentum”.
A deeper look at the result show that net operating income rose by 3.7% year on year to N31.7 billion, while Capital Adequacy Ratio crept quarter on quarter to 15.1 per cent from 15 per centwith liquidity ratio standing at 41.7 per cent in excess of the regulatory requirement of 30 per cent,reflecting the Bank’s capacity for optimum customer service delivery.Loans to other banks grew to N105.46 billion from N100.34 billion, representing 5.1 per cent, while loans and advances to customers shrunk by 0.2 per cent to N992.9 billion from N995.3, signifying management’s itch to curtail credit creation risks.

According to the CEO, the continued pursuit of a diversified customer base across all market segments through retail offerings has helped in the mobilization of low cost deposits accounting for over 80 per cent of total deposits, adding that the Bank’s philosophy of “mobile first” has continued to deliver expected results as revenue from mobile banking increased from N270 million in Q1 2016 to N1.2 billion in Q1 2017. Also, the usage of Diamond Mobile Apps continued to surge as the value of quarterly transaction volume jumpedto N2.6 billion from N1.1 billion in March 2016. The Bank’s retail customer count stood at over 13 million as at the end of March2017, reflecting the strength of customer confidence and investor trust on the Bank.

“I am delighted that our focus on digital and mobile banking is gaining further traction, with the year on year increases in mobile revenue and app usage showing tangible results. It is clear that customers value the ease and convenience of our services across multiple platforms and that this is leading to greater volumes of activity and enhanced relationships. I am confident that by maintaining our focus on the technology-led retail strategy, we will continue to build upon this positive momentum,” the CEO stated.

Next post UBA GROUP STARTS STRONG IN 2017, GROWS PROFITS BY 41% IN FIRST QUARTER 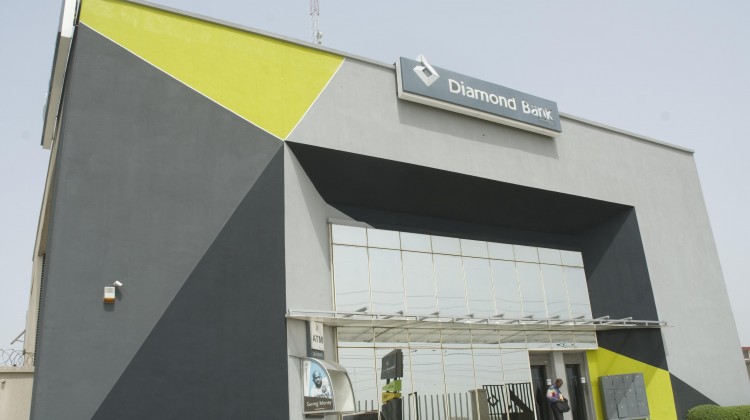