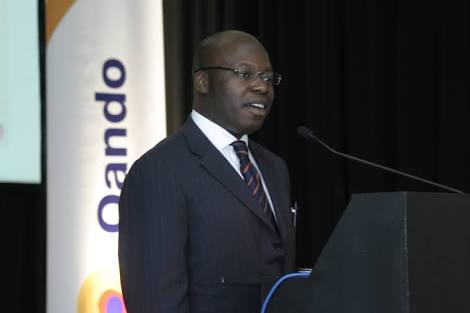 The House of Representatives Committee on Capital Market and Institutions on Tuesday held a closed door meeting with the Director-General of Securities and Exchange Commission (SEC), Mounir Gwarzo, regarding the SEC’s lingering enquiry on Oando, following petitions brought by Ansbury Inc. and Mangal.

After the meeting, the Deputy Chairman of the House Committee, Hon. Tony Nwulu, told journalists that the Reps gave SEC a two-week ultimatum to close out its investigations on Oando and report back to it.

Nwulu said, “We just finished our meeting. SEC has set up a committee to look into the ongoing issues. We believe that the committee will come up with their recommendations. The House Committee on Capital Market has given them two weeks to come up with that report.’’

The intervention of the lawmaker and the fact that the meeting was held behind closed doors is evidence that things may finally be moving in the right direction. At the start of the hearing the Chairman of the Committee asked that all media and other third parties step out of the room to allow the ongoing enquiry be discussed in private with the DG of the SEC. This show of confidentiality is how these petitions should have been treated by the SEC from the beginning.

The strict timeline that the Committee has given for the enquiry to be concluded is another positive as this case has dragged on for nearly five months and played out in the media for 3 months, in that time Oando shareholders have seen a significant loss in the value of their shares.

The lawmakers must be applauded for intervening. Speaking to an anonymous shareholder who was hoping to sit in on the hearing he said ‘’I am hopeful that this new development will help resolve the issue in favor of all shareholders of the company, as we all want to see a conclusion that is in the interests of both we the shareholders and the future of the company.’’

As has become synonymous with this enquiry, people claiming to be shareholders of the company attempted to protest outside the National Assembly complex but they were advised to utilize the formal process for making complaints to the House Committee.