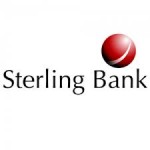 Sterling Bank plc has been a major player in reducing housing deficit in Nigeria; the bank financing role on both the demand and supply side of the housing sector is designed to contribute to a reduction of the deficit.

Nigeria has a worrisome deficit in housing, which as at 2012, was estimated at a minimum of 17 million units. Recently, the figure was raised and, according to experts, it could be up to 20 million units, if a proper investigation of the state of affairs in the sector was undertaken.

Majority of Nigerians live in blighted and unplanned areas that are unfit, and some are unfit for human habitation, and most of these communities are in cities. Some housing experts argue that the deficit in the 2012 report of the World Bank was as a result of these unplanned communities like Lekki, which, though have beautiful homes, but was not documented as livable because of the unplanned environment.

Recently, stakeholders met in Abuja at a housing show where awards were presented to firms and individuals that contribute to the development of the nation’s housing sector. Sterling Bank Plc., was one of the institutions that stood out with an award, distinguishing it as the Housing Friendly Commercial Bank of the Year.

Minister of Power, Works and Housing, Mr. Babatunde Fashola, who was at the event with other senior government officials, remarked that Nigeria has been contending with a huge deficit in the housing sector over the years. He decried the current situation which effectively enables only one per cent of the Nigerian population access mortgage facilities, saying it is extremely low relative to a country like the United Kingdom with 77 per cent.

Fashola expressed concern that the deficit was apparent both on the supply and demand sides, stating that it was not just that the housing situation was grossly inadequate to satisfy the needs of the population, access to a mortgage was also inadequate.

The minister noted that financial institutions have allocated barely one percent of their loan portfolios to housing and about 11 percent to construction in the last 30 years.

However, stakeholders saw the award as due recognition to Sterling Bank Plc., a financial institution that has played a significant role in the housing sector by adopting an innovative model that takes adequate care of the demand and supply sides.

All things considered, Sterling Bank won the award as a result of its remarkable impact on housing delivery in the country. Specifically, the Commercial and Institutional Banking Group within Sterling Bank has established a firm footing in the housing sector by wholly and partly financing some landmark real estates in the country.

Some of the housing estates include; the part-financing of Crown Court Mabushi in Abuja for Crown Realities Plc. The project comprises 72 units of 3-bedroom flats, 18 units of 4-bedroom semi–detached houses and 16 units of detached 4-bedroom houses.