US Indictment: Why Nigerians are Standing By Onyema 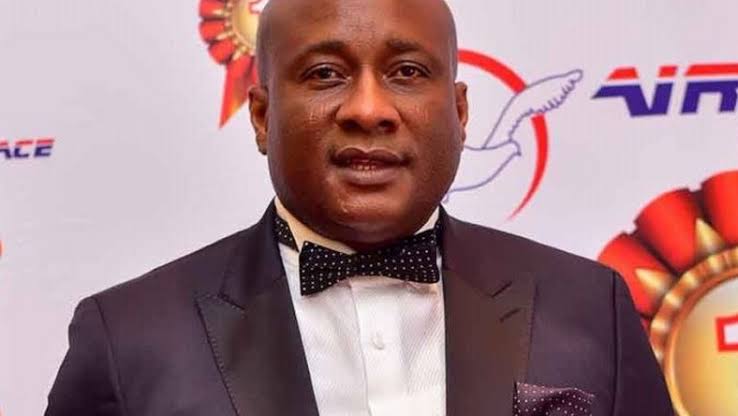 Spontaneous reactions have greeted news of the indictment of Chief Allen Onyema, Chairman/CEO, Air Peace by U.S. Attorney Byung J. “BJay” Pak of Atlanta, Georgia. Nigerians from all walks of life, including politicians, eminent citizens and the man in the streets, have been speaking on the issue in a manner tough to ignore, with most of the comments lending support to the reputable businessman.

While those in the know are speaking intelligently on the matter, with one person already offering Chief Onyema free legal services in the United States, many socio-cultural groups in lending their voices have called on the Federal Government of Nigeria to activate citizen diplomacy.

Fired by patriotic zeal, even those who caution against speaking on a sensitive issue before the court of law in the USA, agree that the nature of the matter and enormous influence of the character involved demand that the issue be handled carefully so as not to hurt Nigeria’s national economy and further endanger the aviation sector that many perceive to be already endangered in Nigeria.
For Nigeria’s former minister of aviation, Femi Fani-Kayode, “an indictment is not a conviction. An allegation remains a mere allegation until it is proven in a court of law.”
In the same vein, an international forensic accountant, Prof Emmanuel Emenyonu, issued a statement calling for caution, warning the public not to be swayed by yet to proven allegations. He expressed surprise that huge outbursts have greeted the breaking of the news.

According to him, “surprisingly, huge outbursts have greeted the money laundering allegations against Allen Onyema, Chairman, Air Peace, which is steeped in verbosity and decorated in the garbs of flowery hollowness.”
The two prominent Nigerians, as many others in the know agree that the burden of proof, lies on the prosecution. Not one to hide behind the finger, Fani-Kayode states his position clearly in his verified Twitter handle (@realffk), “Allen Onyema is not a rogue or a fraudster. He is profoundly good man and a patriot. I have no doubt that he will weather this storm and that he will be vindicated.”

Prof Emenyonu counselled that while the public should abstain from hasty conclusions for or against, his “accusers should concentrate on convincing the court of law on the veracity of their allegations instead of mere smear campaign against an illustrious Nigerian.”

His lawyers, Alegeh & Co, Legal Practitioners and Notaries Public, have publicly expressed a readiness to defend their client in the court, while maintaining his innocence. In a statement to the media on the issue, signed by A O Alegeh, the law firm averred, “we hereby state that he (Onyema) strongly denies and will vigorously defend himself against the allegations made against him by the US Attorney in Atlanta, Georgia.”

It also seems that Onyema’s good reputation in his home country, Nigeria is driving solidarity beyond words with a frontline politician, an international legal practitioner based in the United States of America, and the presidential candidate of Nigeria for Democracy (NDC) at the 2019 presidential polls, Dr Asukwo Mende Archibong, Esq, publicly offering free legal services to Onyema to help prove his innocence. Dr Archibong, a practicing Unites States attorney, admitted into several Federal Courts, is the managing partner in the law firm, Archibong Law Firm, Washington DC/Maryland.

In a statement to online newspaper, newsexpressngr.com, Dr Archibong was quoted as saying: “Being a practicing United States Attorney, … I will offer my services to him without any pecuniary gain to myself and pro bono so as to defend him in this matter.”
Succinctly capturing why Nigerians are standing by Onyema, Dr Archibong highlighted, that “This is a man that we, as a nation, cannot afford to abandon in the hands of a United States of America Federal Court. At this point, no matter what anyone believes, he is presumed to be innocent.”
Recounting some of Onyema good deeds to buttress what endeared him to the Nigerian populace, Dr Archibong said, “Earlier this year, Chief Allen Onyema sacrificed a lot, in terms of personal and business resources, in order to rescue and bring back stranded Nigerians from South Africa during the height of the murderous xenophobic attacks against Nigerians.”
Calling on the government to wade in for the sake of national interest, he pointed out “Consequently, I strongly urge the Nigerian Embassy in Washington DC, and the Ambassador of Nigeria to the United States to take a personal interest in this matter and to assist Chief Onyema in everywhere legally possible.”
Similarly, talking about possibilities of resolving the matter, clearing and preserving the hard earned reputation of Onyema, an Igbo think tank, Nzuko Umunna called on the Federal Government of Nigeria to activate citizen diplomacy to stop the matter from degenerating to the level of impacting negatively on the national economy, given that the allegations against Onyema hold strong implications for a sensitive segment of the economy.
The Nzuko Umunna in a statement published by Daily Sun, strongly advised against the throwing of another Nigerian citizen under the bus. Rather, “the Federal Government should activate its much-touted citizen diplomacy, a model that has been elevated to a fine art by the United States of America, itself.”
So, the aggregate of voices on this matter, irrespective class, political leaning, ethnicity and religion shows that Onyema as the proverbial child that fetched his firewood during the dry season and is now using the wood to warm himself during the raining season. For Nigerians, who are normally critical in similar circumstances, it’s not just a case of one good turn deserving another, it’s a matter of preserving what is useful to you, for the days of need.