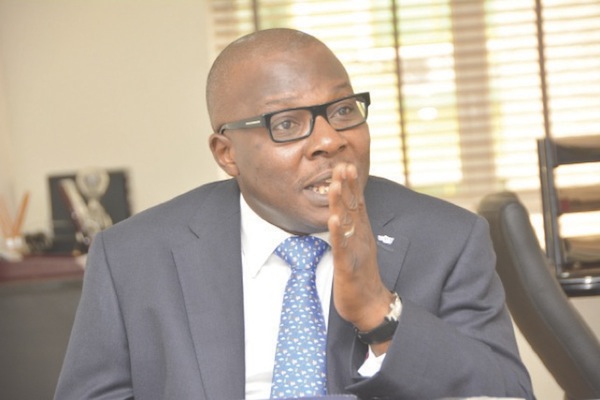 Unity Bank has an impressive earnings report for its 2014 operations, apparently one of the most improved earnings records in the Nigerian banking industry in the year. Improved revenue lines, major reductions in costs and a return to profit are the summary of the bank’s operations in 2014.

A touch of improved management quality can be felt in the bank with a significant improvement in asset productivity. The naira of the bank’s assets yielded 18.6 kobo in gross income in 2014, improving from 15.6 kobo in 2013. Gross earnings grew by over 17% to N77.07 billion, defying the general slowdown in the banking industry in the year. Two main revenue lines accounted for the growth, which are an increase of 20% in interest income and a leap of 46% in fee and commissions income. A drop of 29% in other operating income and a loss of N280 million in financial instruments trading however lowered the overall revenue growth rate. Another touch of expertise on the state of the bank is in respect of cost control. The bank’s business in 2014 was conducted at a significantly lower cost than in the preceding year. Interest expenses dropped by 22% to N17.18 billion against the increase of 20% in interest income. That enabled the bank to grow net interest income by nearly 51%. The biggest cost saving came from operating expenses, which dropped by about 40%, lowering the cost margin from its extraordinarily high mark of 82.6% in 2013 to 40.5% in 2014. This seems to be the centre of the surgical operation that was carried out on the bank’s cost-income structure in the year. In 2013, the bank had an operating cost margin that was twice the best industry ratios; in 2014, the cost margin is expectedly one of the lowest in the industry. Loan loss expenses also dropped by more than 30% in 2014 against an improvement of 12.3% in the net lending portfolio. Despite the drop, credit loss expenses remain relatively huge at over N15 billion on a credit portfolio of a little over N219 billion. A far more rapid drop in credit losses had been expected in 2014, even a significant net write back after a huge provision of N21.6 billion in the preceding year. This means more loans are going bad than are being recovered, which places a major hurdle ahead of the bank’s management in its turnaround mission. The overall cost-income ratio of the bank declined in 2014, which improved the profit capacity of the bank. Management extracted an increased proportion of profit from each naira of gross earnings, giving the bank a new strength in profit, rising from a big loss in 2013. Net profit amounted to N10.69 billion at the end of the 2014 financial year, a leap of 147.3% from a net loss of N22.58 billion in 2013. Net profit margin is improved from negative 35.9% to 13.9% over the review period. The second major drawback on the bank is loss of deposits in 2014, which undermined the growth that had been expected with its new capital raising programme. The bank raised N39.22 billion in new money last year but lost N26.2 billion in deposit liabilities. The net increase in funding only went to support existing assets instead of building new capacity as was planned. The injection of additional capital has therefore not had the desired effect of growing the size of the balance sheet. A rise of 170.3% in equity base produced only 2.4% increase in asset base. This places a question mark over the expectations of improving earnings by the injection of new money. The problem is that the new money cannot be traced to increased volume of earning assets. An increase of 12.3% in loans and advances was countered by a drop of over 44% in other assets, a fall of 30% in cash and balances with the Central Bank and a decline of 8% in investments. The third leg of the tripod of hurdles ahead of the bank is huge retained deficit of N56.43 billion, which is only a slight reduction from N58.70 billion in 2013. Much of the profit of the year was applied to build regulatory reserves, leaving only a meager impact on the retained earnings account. Dividend is not expected until the statutory and general reserves are fully rebuilt. The bank earned 17 kobo per share at the end of the 2014 financial year compared to negative figure of 59 kobo in 2013. The additional capital was raised through a rights issue of one for one and a special placing of N20 billion.

Why Semenitari Resigned As GMD of Unity Bank